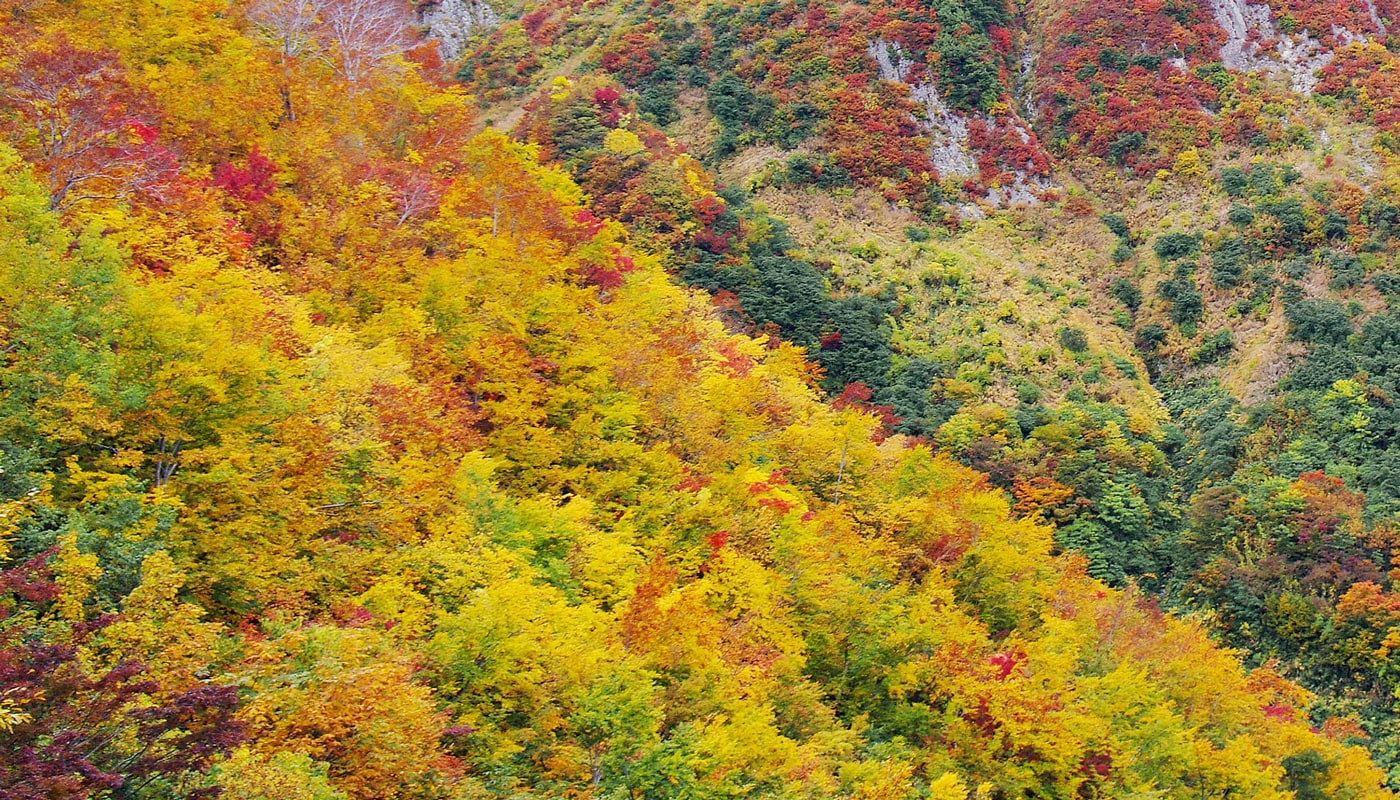 Japanese autumn leaves are well known for their beauty worldwide.  It is said that there are quite a few countries all over the world where deciduous trees spread widely.  Most of the Japanese islands are covered by a temperate climate zone with wide deciduous tree distribution.  Moreover, there are many kinds of trees in Japan and a wide variety of autumn leaves color from red, yellow, to reddish brown, which makes our season most colorful.

No matter what colors they change to, they are all green from spring to summer. 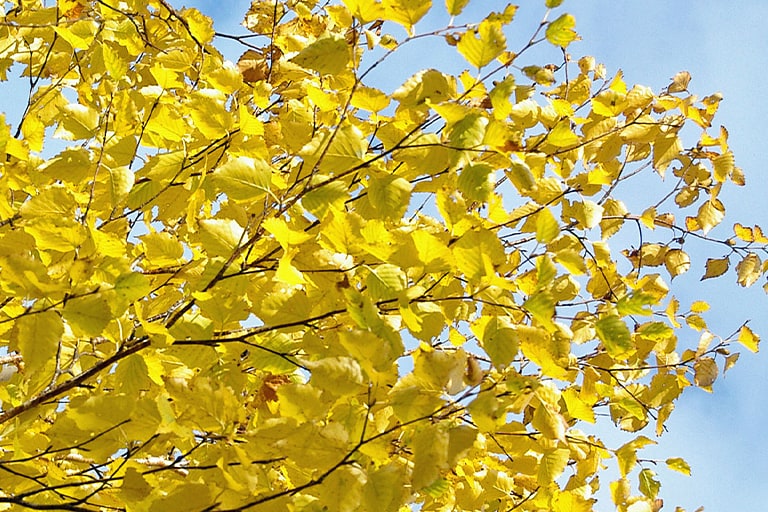 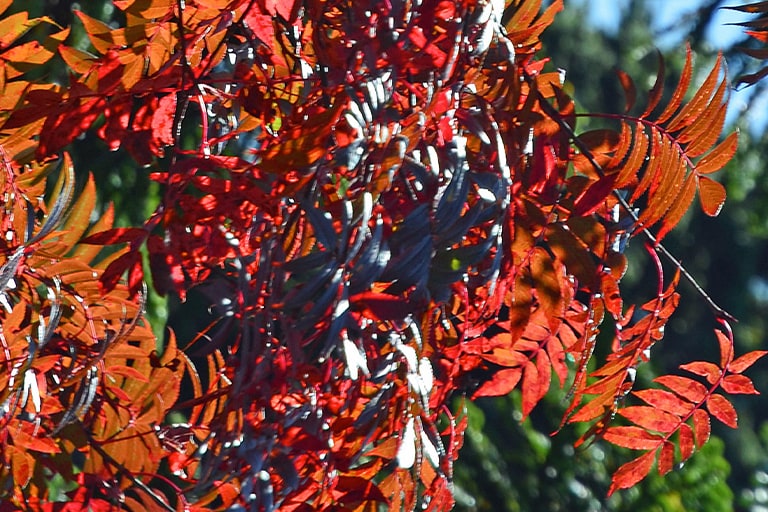 Simply, vertical distribution is a phenomena where the kinds of living things varies depending on the altitude.  It is very clear especially for plants.  It varies as the elevation grows higher, moreover, it changes dramatically from a certain elevation.  There are four main categories for the island of Japan: the hills belt, the mountains belt, the sub alpine belt, and the alpine belt in order of altitude from low to high.

The illustration shows the average altitudes for the borderlines of each vegetation belt.  As it goes to north, the borderline becomes lower and the alpine belt becomes as low as the seashore in Rebun or Rijiri island in Hokkaido.

Also, the lines tend to be lower in the Japan Seaside than the Pacific Ocean side.

The borderline between the subalpine belt and the alpine belt is called the tree line or a high trees limit line because the trees in an alpine belt are low like Pinus Pumila and forests cannot be formed.

Groups of Rowan trees or maple trees nearby the tree lines in the mountains belt show bright red color and groups of Betula Ermani, Larches, and Beeches show beautiful yellow color.  Depending on the type of Maple trees, they also show yellow color as well.

These are some of the trees for which the color of the autumn leaves stands out the most in mountains.  These are high deciduous trees that grow 7~10 m in height.  Takane Rowan trees or Urajio-Rowan trees in the same group exist in an alpine belt and they grow by curling on the ground above the tree line.  Live trees are hard to burn and their name, Nana-kamado in Japanese, is said to come from a story that these trees do not burn even if thrown into a stove (Kamado in Japanese) seven (nana in Japanese) times. 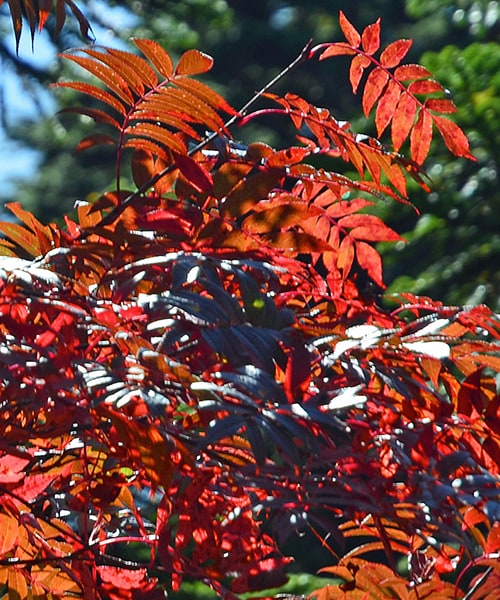 These grow in the subalpine belt and change their color to bright yellow.  They are deciduous high trees and grow to 10~15 m in height.  Like Rowan trees, they grow low in the nearby tree  line.  They look like white birches in the  mountain belt, however, trees trunks are not white as much as the birches but slightly brown. 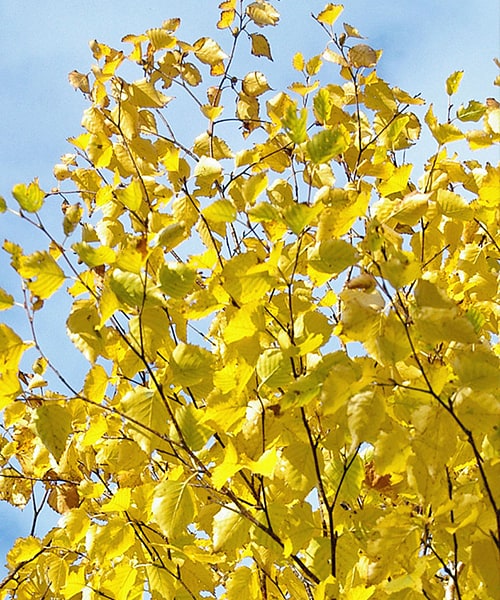 Most coniferous trees are evergreen throughout the whole year, however, larches (kara matsu in Japanese), as the name says, are coniferous and their leaves fall and turn yellow.  They are high trees growing to 20~30 m in height.  There are many plantation forests and they spread from the mountain belt to the subalpine belt.  There are no naturally grown trees in Hokkaido and the tree forests in the area are said to have been planted by humans in the past. 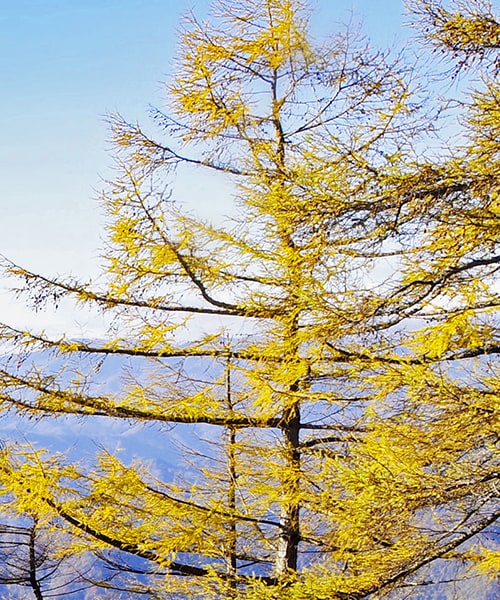 They grow in the mountains belt and become 30 m in height.  They tend to consist of native forests and change color to beautiful yellow.  Fruits in autumn become 1.5 cm in length in an egg shape and its cross section is a triangular shape.  Its skin is brown and hard, and called Buna-guri. (Buna is Beech in Japanese.) 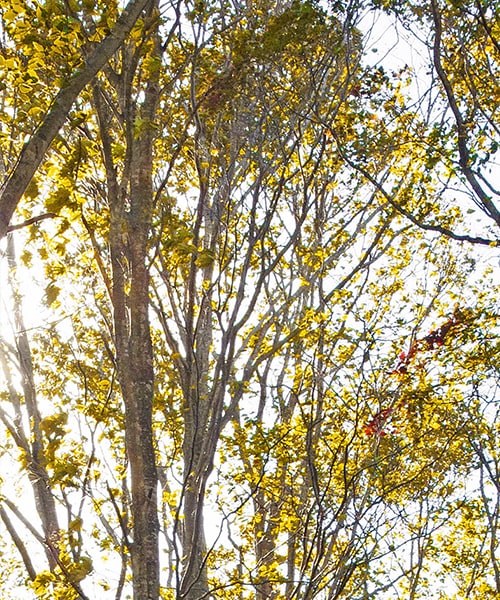 They grow in the mountains belt and becomes 3~8 m in height.  They are deciduous high trees and change their color to bright red early in the season.  They are in the same group family as the sumac in China.  Although an allergic reaction should not be as bad as the ones in China, you might have an allergic reaction if you touch the fruits of the Japanese Sumac as well. 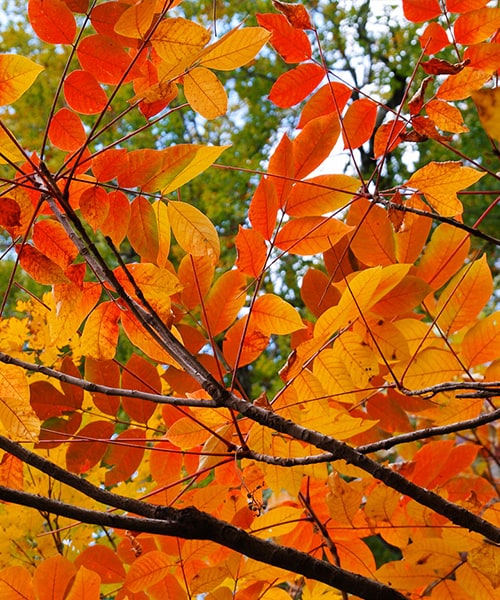 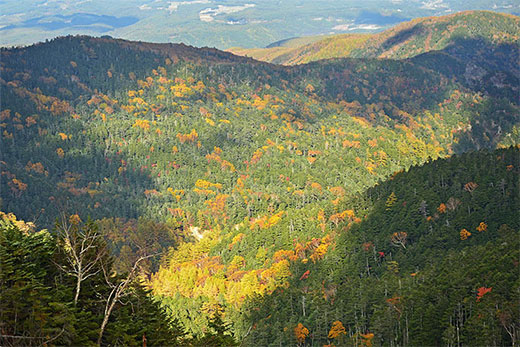 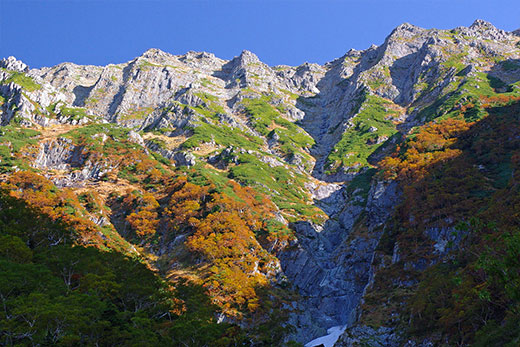 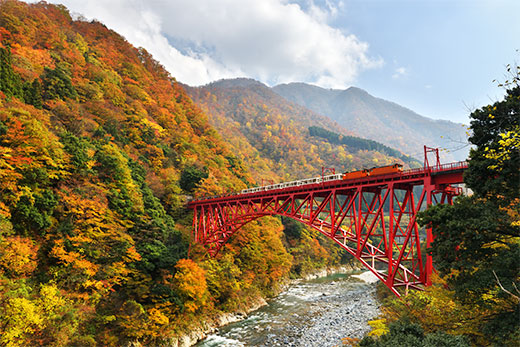 Hiking to View the Autumn Leaves of Kurobe Gorge