The official elevation is 2,455m for the south peak, however, the elevation of the north peak is 2,444m.  From the north peak, you can tell that the south peak stands higher than the north peak.  The muscular shape of the mountain might attract many hikers to climb the summit.  It is necessary to gain the most updated information about the volcanic activity when planning to climb it. There are two routes to the summit; one from Kamikochi, the other, the Shin-naka-no-yu route from the Naka-no-yu area.

Most hikers take a round trip to Mt. Yake-dake from Kamikochi.  It is because you need to wait for a bus from Naka-no-yu hot spring if you descend on the Shin-naka-no-yu route instead of returning to Kamikochi from the summit. 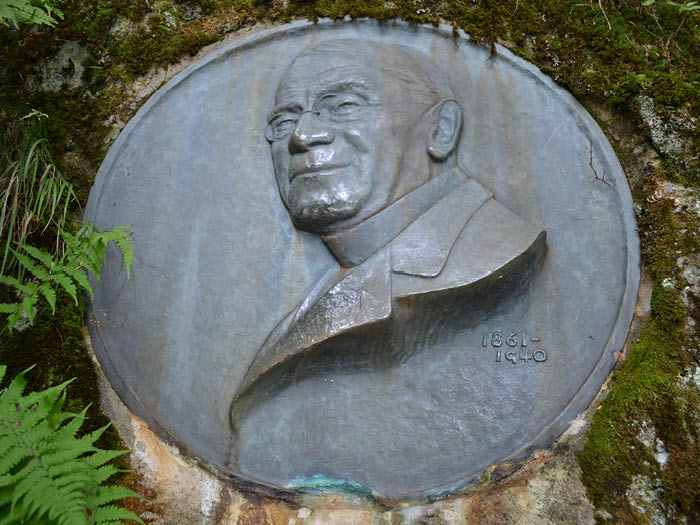 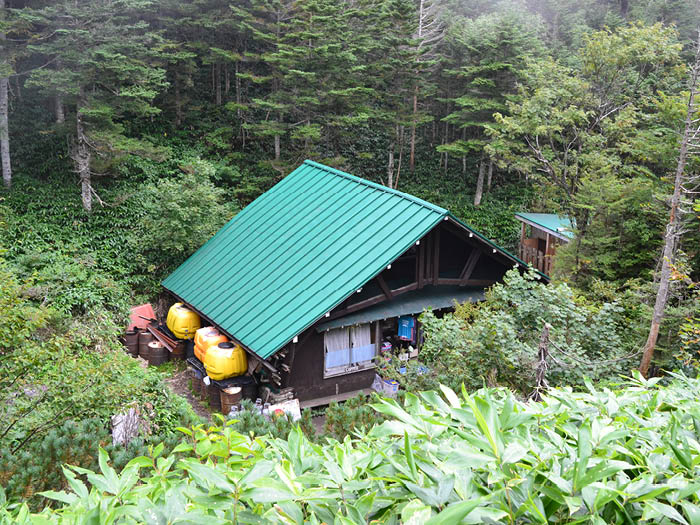 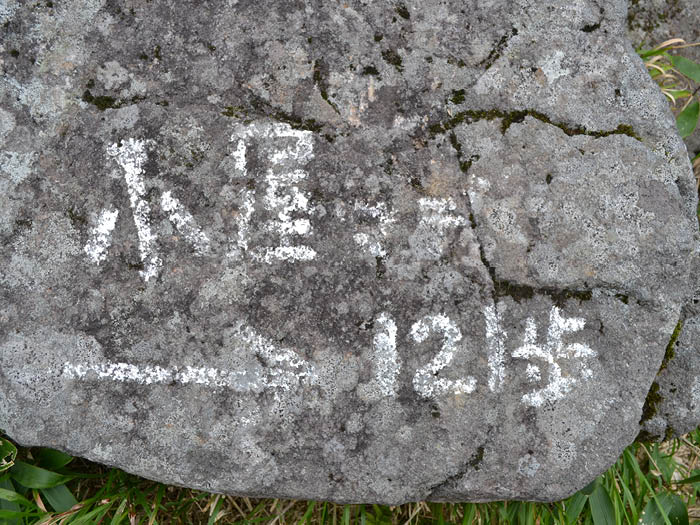 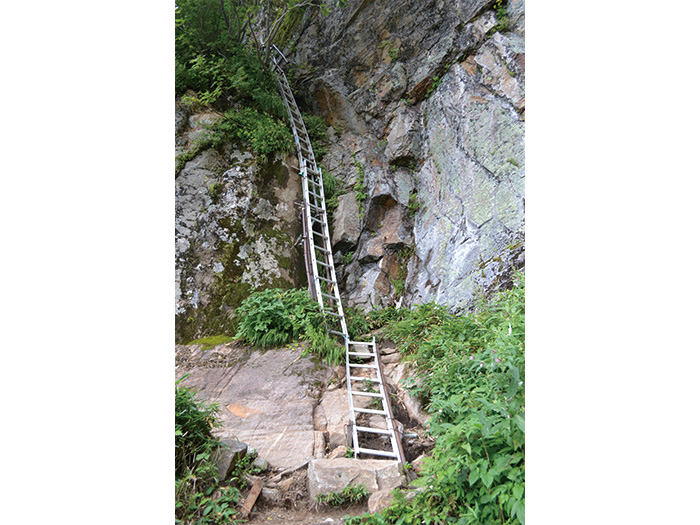 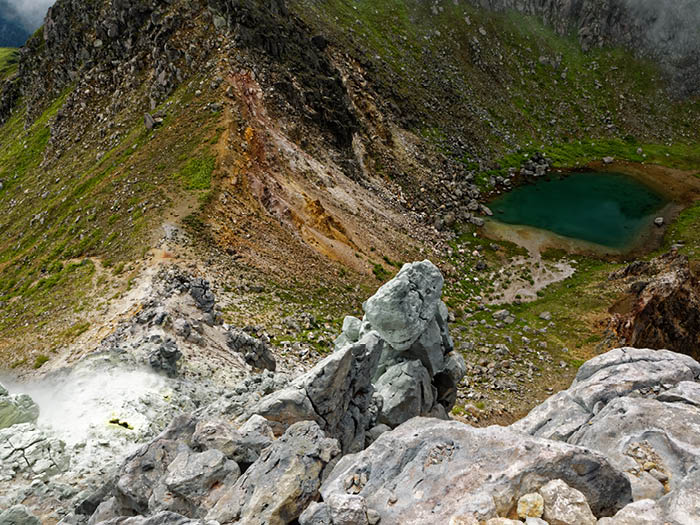 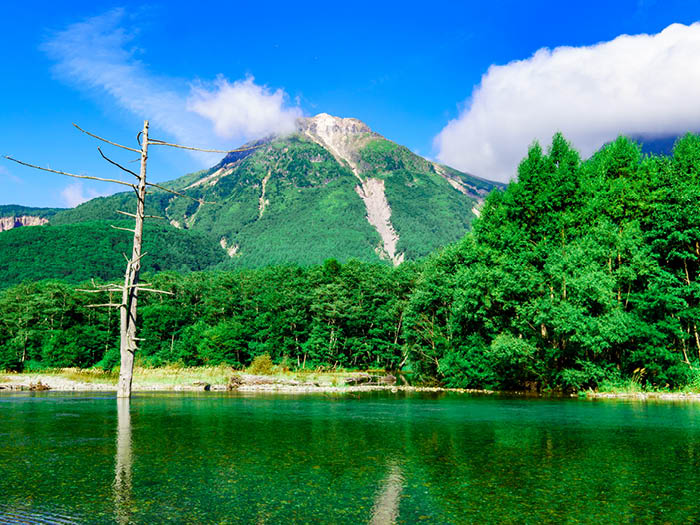 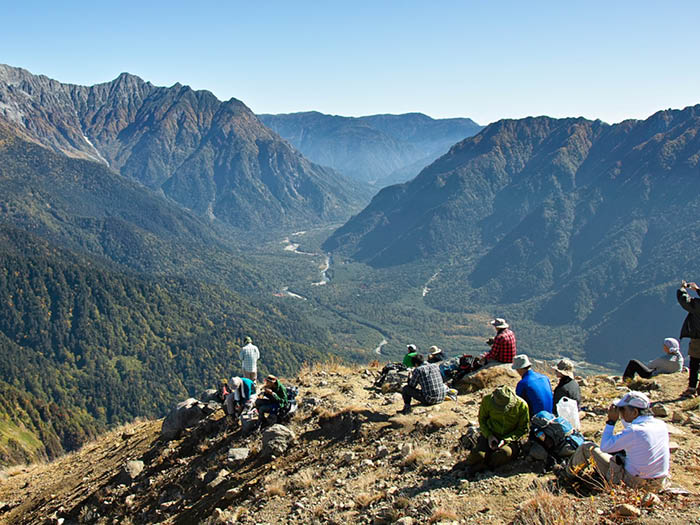 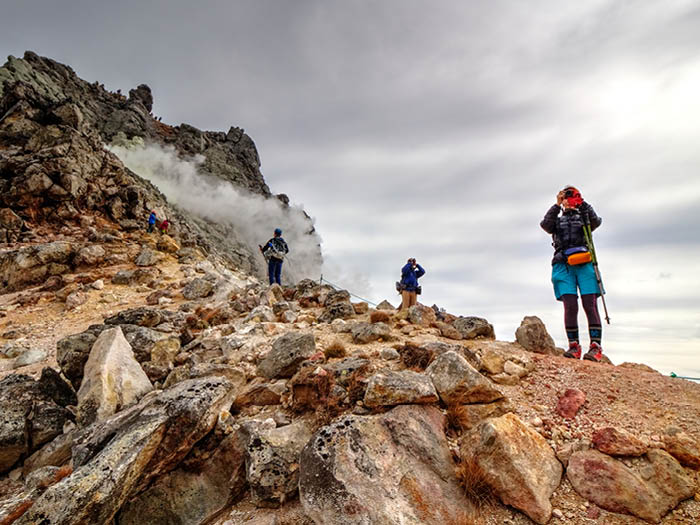 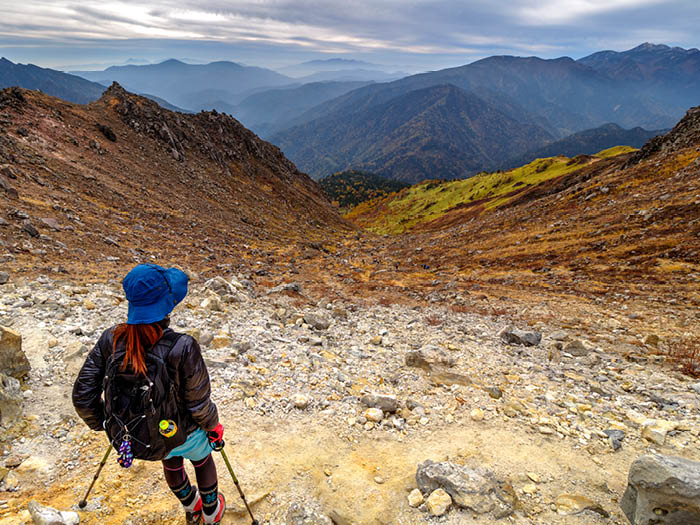 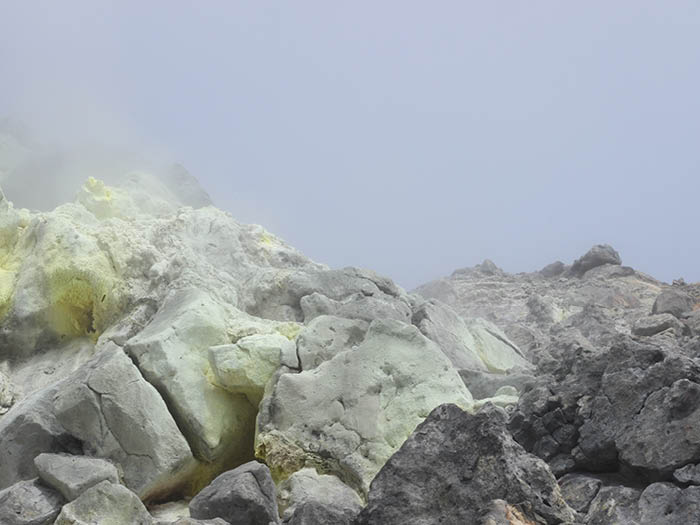 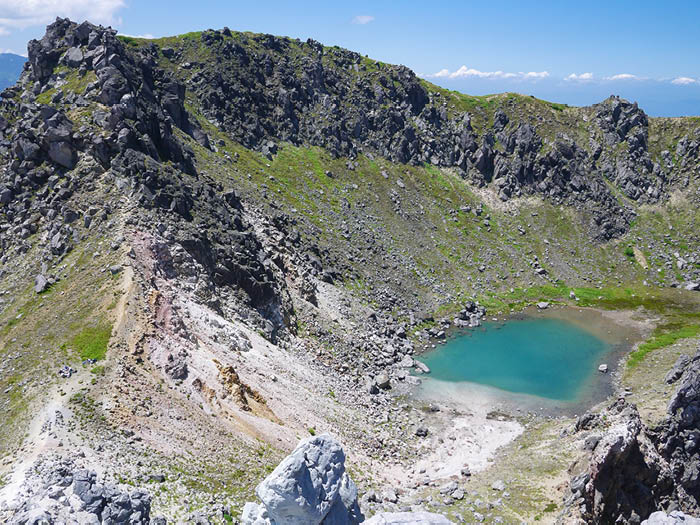 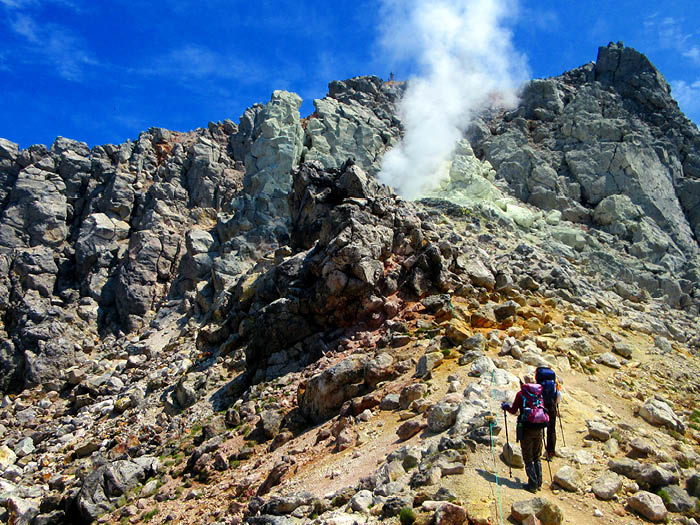