In the year 1907 (Meiji 40), the Army land survey section reached the summit with great difficulty.  The story of their setting of the triangulation point was novelized and a movie was released, which made this mountain popular even among non-mountain lovers.  This mountain is called “a palace of rocks and ice” due to the pyramidal shape of the mountain formed by steep rock cliffs and glaciers.

The solemn stance of the mountain might even keep hikers away from the summit.  In fact, it is a difficult approach from Chojirou Valley or Heizou Valley without advanced experience and skills, however, the approaches from Hayatsuki o’ne or Bessan o’ne are reachable even by beginners.  Even though these ridgelines are accessible to beginners, these paths include many hazardous spots involving the use of ladders and chains, so caution is necessary through the entire approach.  These paths are ranked as the most difficult among the Japanese Alps yet some of the most popular trails that [Gakujin]-mountain lovers, long for in Japan.

This path includes the famous [Kani no Tatebai – Vertical crawl of crabs] and [Kani no Yokobai – Horizontal crawl of crabs].  Kani no Tatebai is not too difficult to pass with appropriate experience in the use of chains.  For Kani no Yokobai, caution needs to be employed especially when beginning with the chains.  Helmet use is necessary.  Trekking poles are useless after the Ippuku-tsurugi so make sure to pack them away in your backpack. 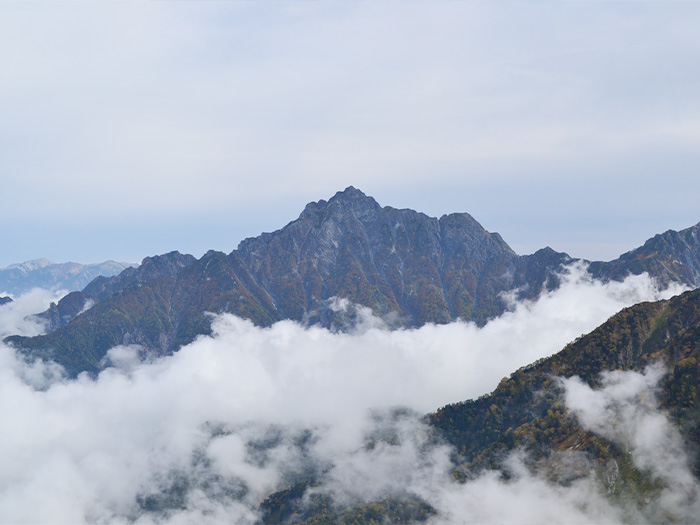 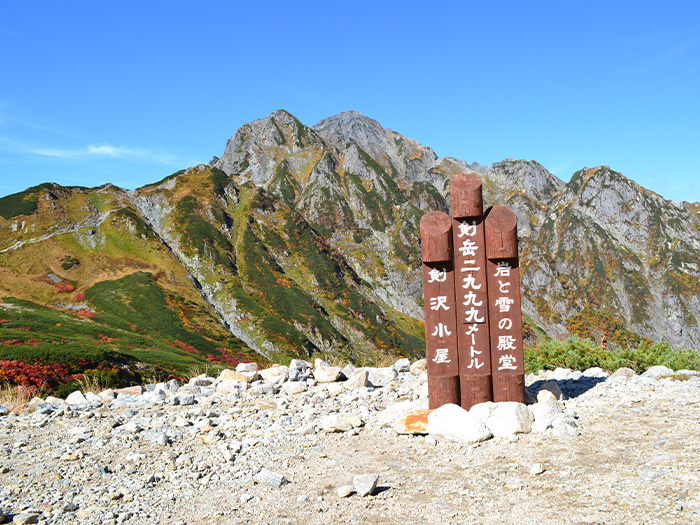 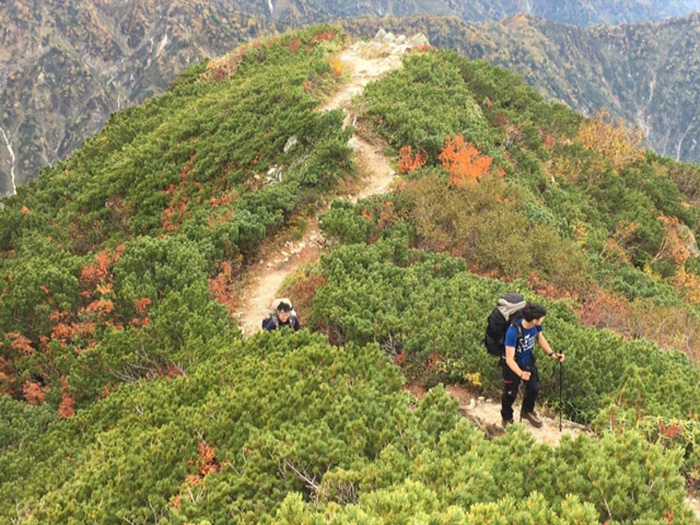 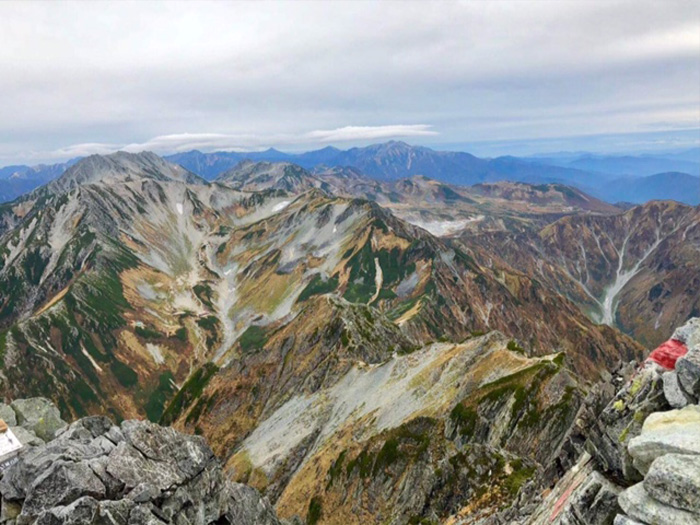 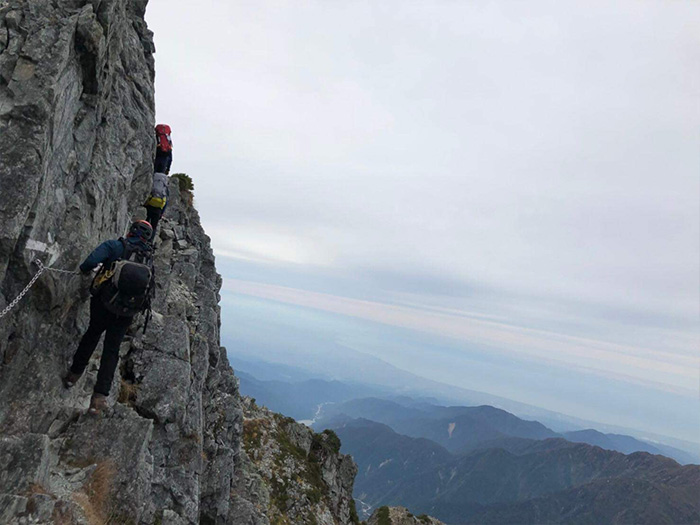 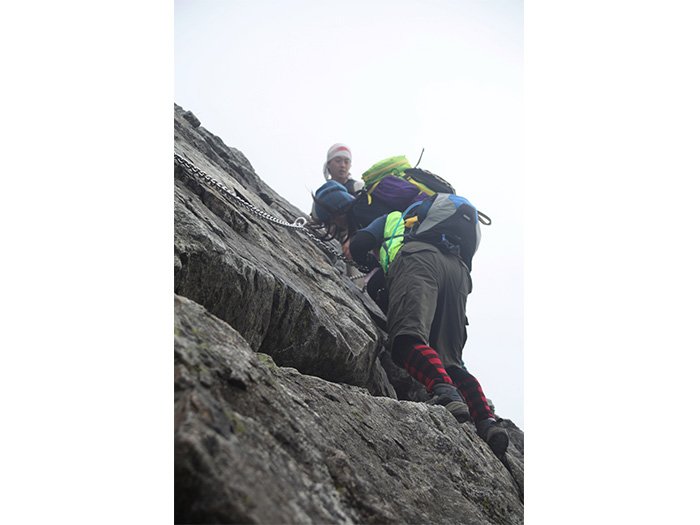 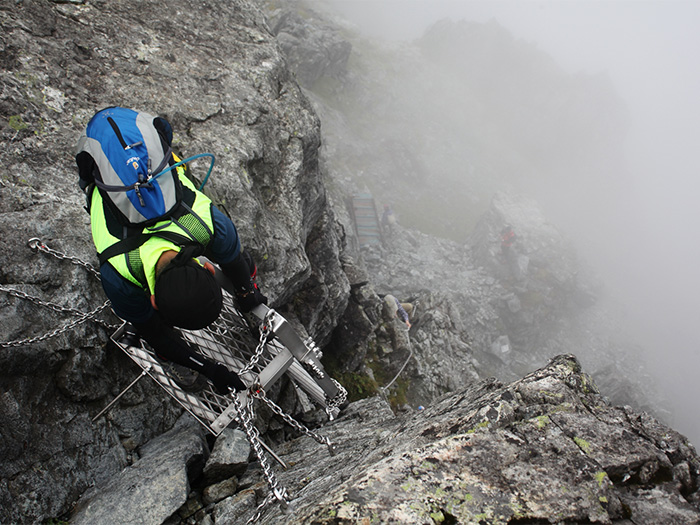 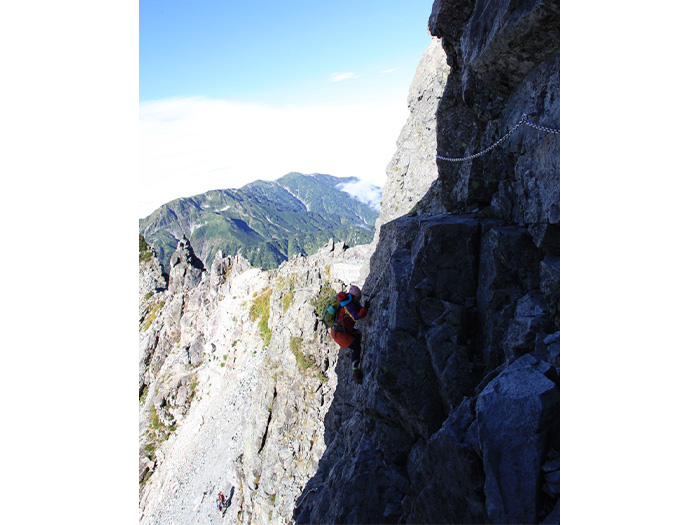 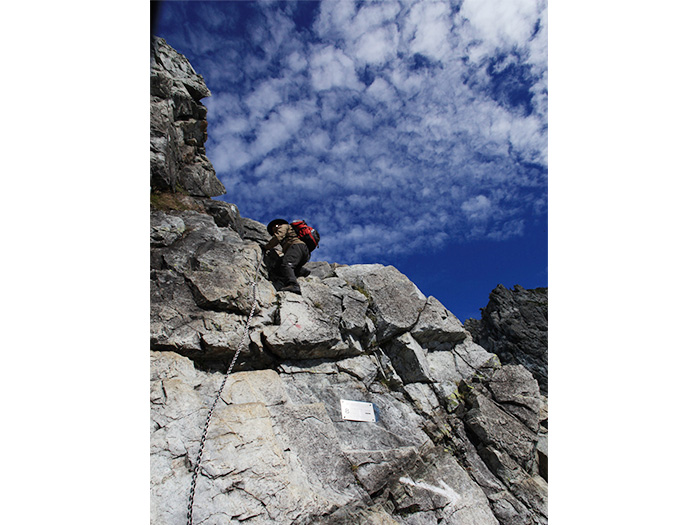