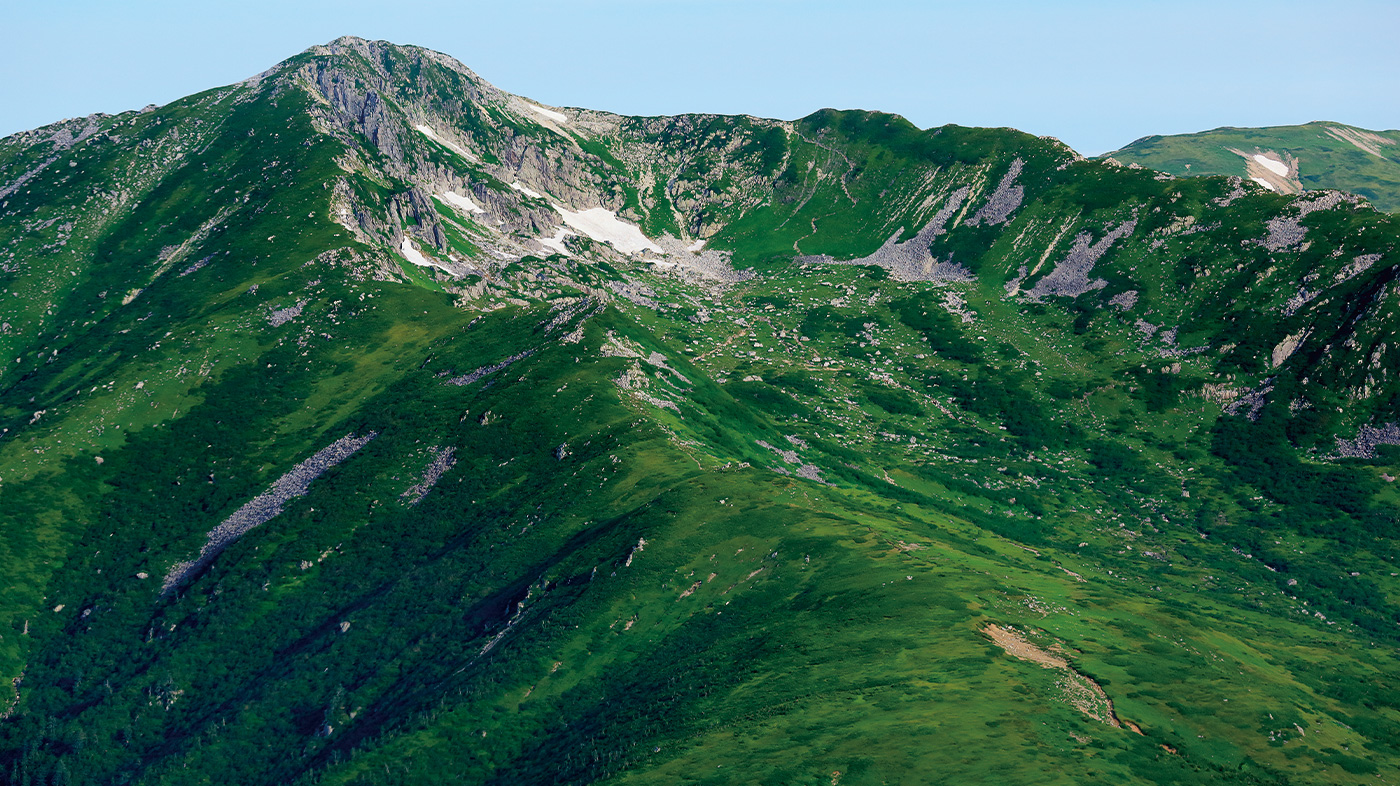 This mountain stands among the Tateyama Mountains with an elevation of 2,839 m.  The mountain is black, covered by Pinus Pumila and has a huge basin at the base of the mountain, which makes the shape of this mountain very unique.  The name sounds like a person’s name, Goro, however, it is actually named after “goro” the onomatopoeia of rocks rolling around.  The name Goro got put together with the name of the village in the area, “Kurobe”, leading to this mountain being called Mt. Kurobe-Goro-dake.  Mt. Noguchi-Goro-dake, which stands northeast of Mt. Kurobe-goro-dake, was named in the same way.  This mountain locates at the prefecture borderline between Toyama prefecture and Gifu prefecture.  In Gifu prefecture, this mountain is also called Mt. Nakano-mata.  This mountain cannot be reached by a day hike.  The route requires three nights four days.

Mt. Kurobe-goro-dake cannot be reached as a solo peak hunt. The basic course starts from Oritate.  The hiking on the gradual-slope ridgeline starting from Taroube-daira may become a memory of a lifetime.  The views of Alpine plants in bloom, the source of the Kurobe river, and the depression of Kurobe-goro are phenomenal.  From Mt. Kurobe-goro-dake, Mt. Yari-gatake can be reached via Mt. Sugoroku-dake.  Or from Mt. Kurobe-goro-dake, you can hike on the Ura-ginza route from one mountain to another.  A variety of routes can be created because this mountain locates at the very center of the Northern Japan Alps. 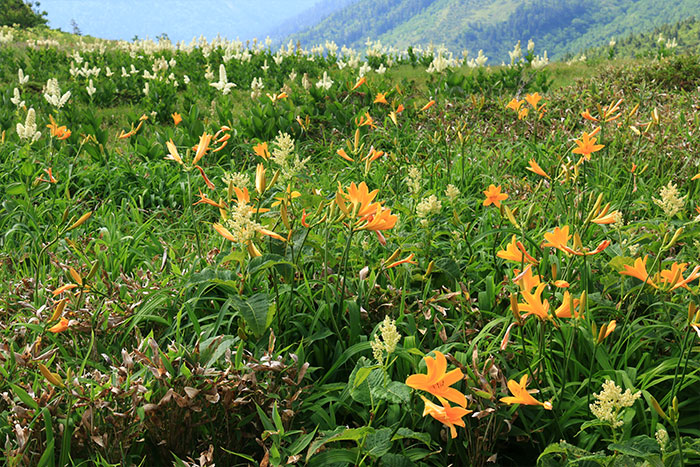 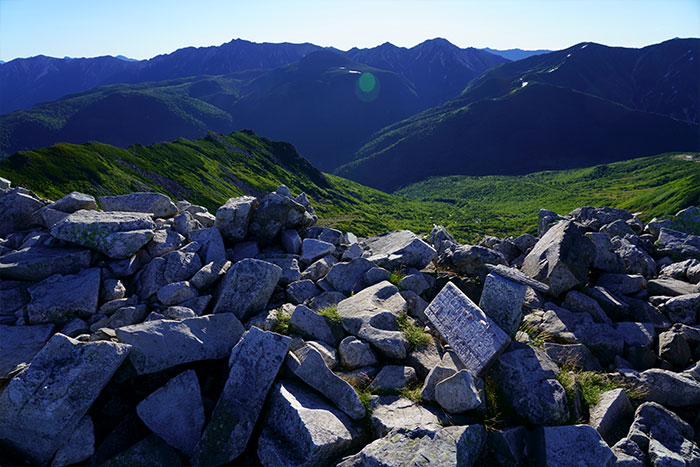 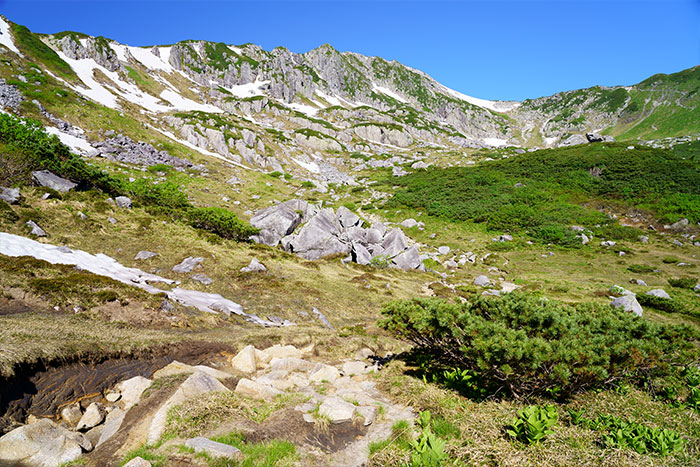 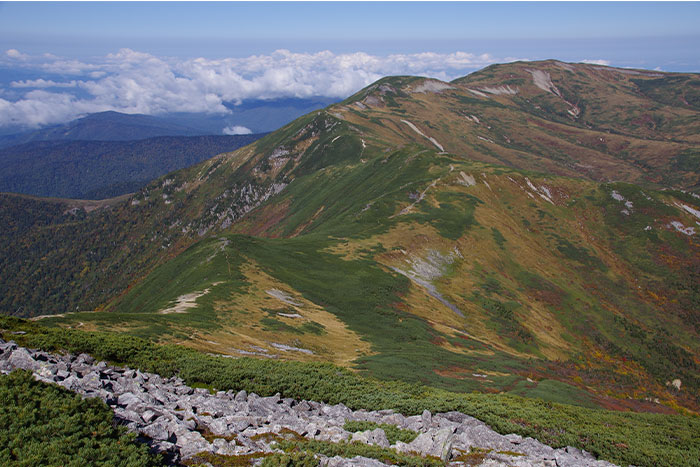 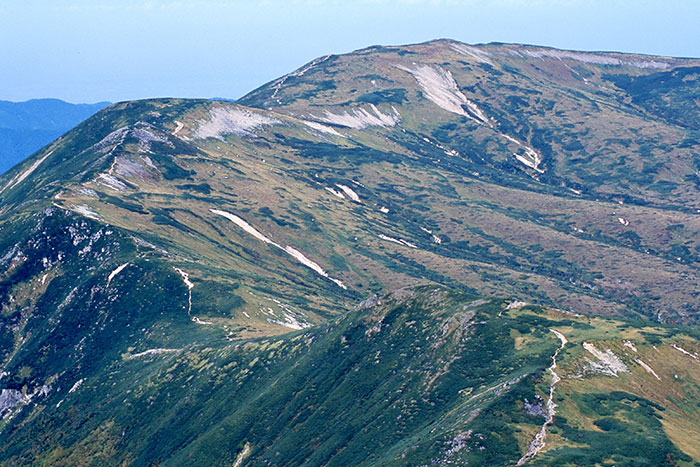 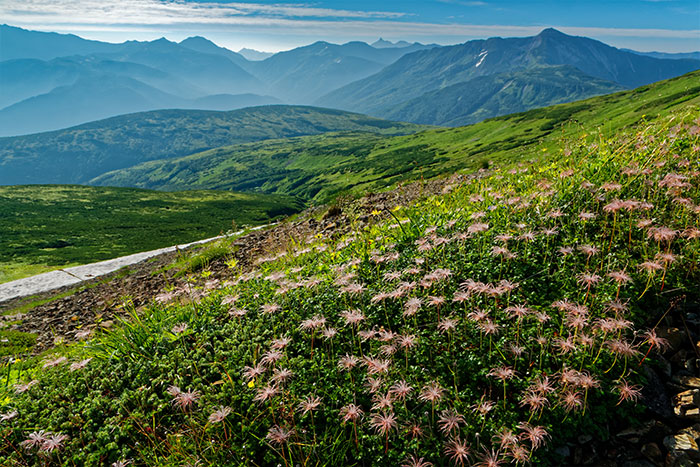 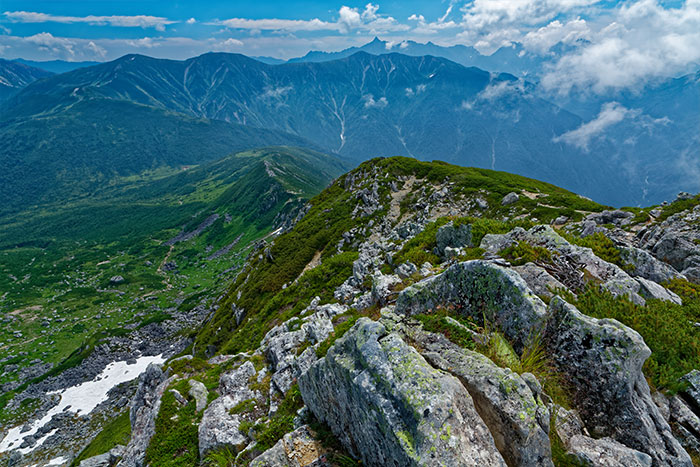 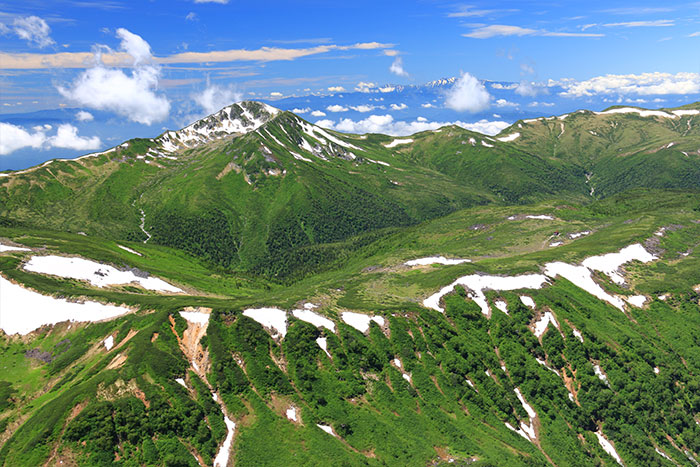 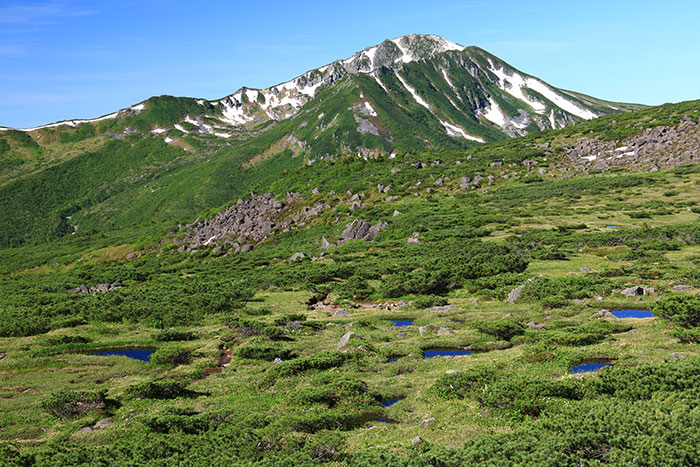