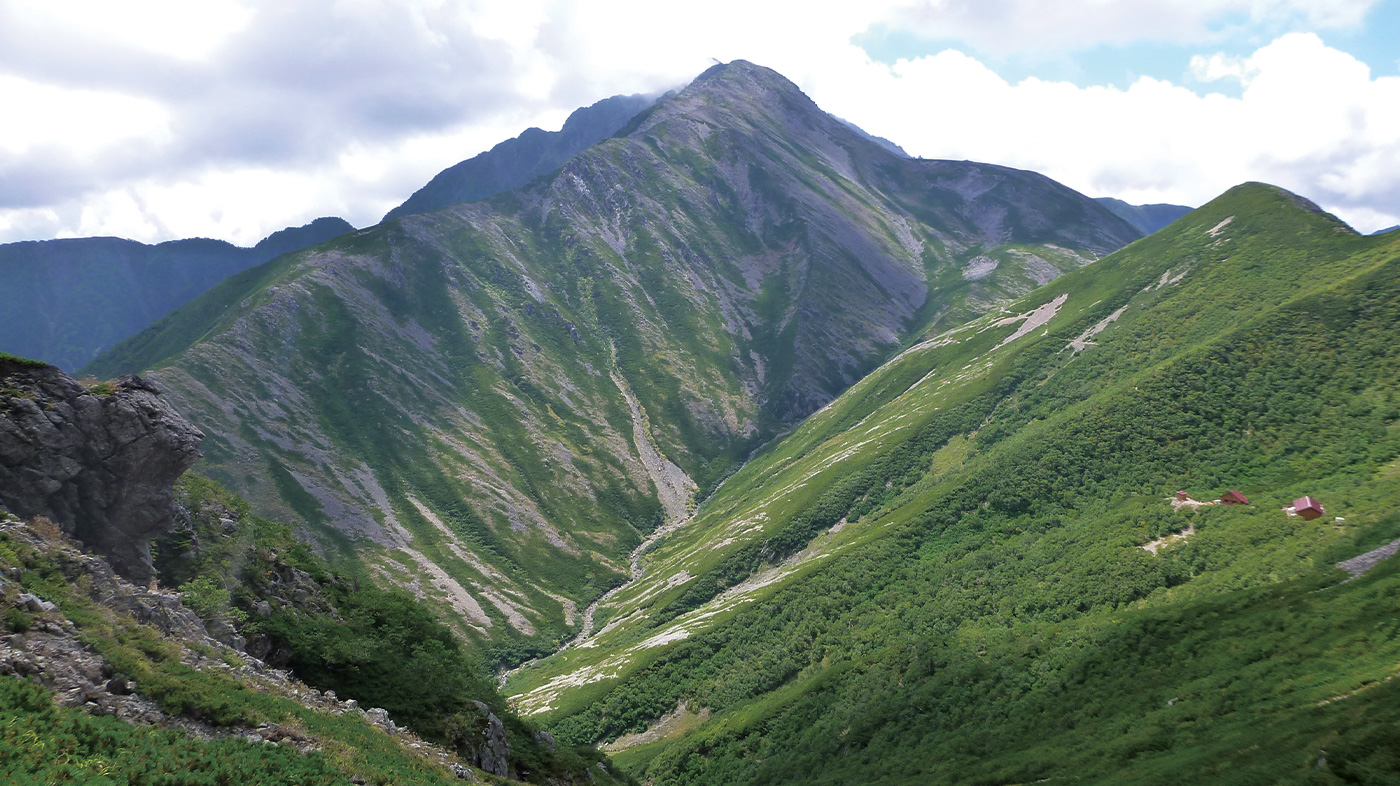 Mt. Higashi-dake is the highest peak among the Arakawa Three mountains, which is a core part of the south of the Southern Japan Alps.  The elevation is 3,141 m.  It is called Warusawa-dake.  It is also called “Higashi-dake” or “Azuma-dake”.  It is rare to climb only this mountain.  Most hikers climb a part of Arakawa Three mountains (Mt. Higashi-dake, Mt. Naka-dake, and Mt. Mae-dake).  There used to be many hikers choosing an approach from Niken-koya Mountain hut, however, these days, more hikers chose the route: Sawara-jima ~ Mt.Higashi-dake (Mt.Warusawa-dake) ~ Mt. Naka-dake ~ Mt. Akaishi-dake ~ Sawarajima, a route hiking from one to another at an elevation above 3,000 m.

Mt. Akaishi-dake belongs to the Akaishi Mountains, which contains mountains of 3,000 m or higher altitude and begins from Mt. Mitsumine-dake, separating from Mt. Aino-dake.  It is also referred to as the leader of the Southern Japan Alps.  The elevation is 3,210 m.  Even the mountain sitting next to it, Mt. Ko-Akaishi-dake is 3,081 m and is a high peak.

This mountain is climbed often with the Arakawa Three mountains, however, a route starting from Sawara-jima to Mt. Akaishi-dake via Mt. Ko-Akaishi dake then proceeding to Mt. Hijiri-dake, is popular as well.  In that case, it is time efficient to descend from Hijiri-daira-koya Mountain hut to Hijiri-sawa trailhead and walk to Sawara-jima.  However, it requires more than three nights to complete the route.  If time is limited, a round trip from Sawara-jima to Mt. Akaishi-dake is recommended. 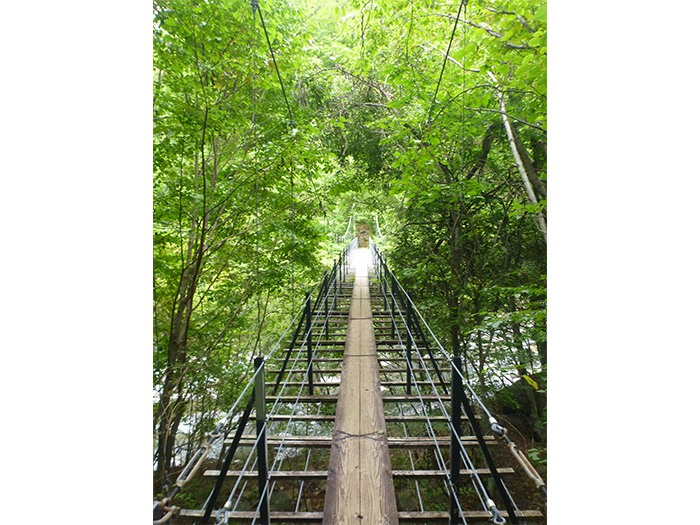 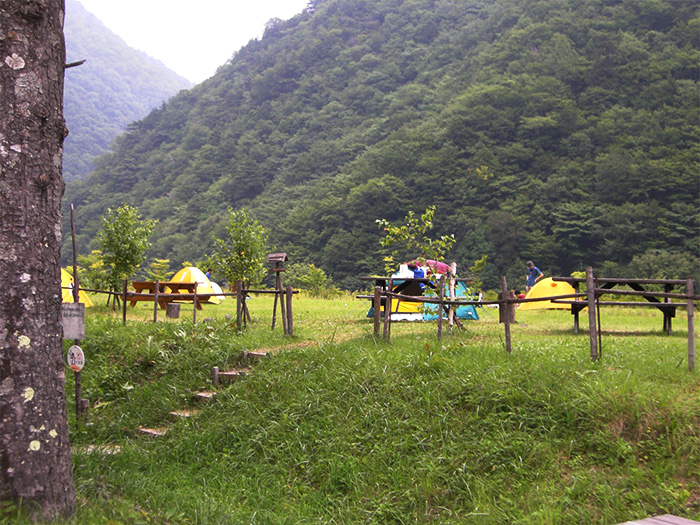 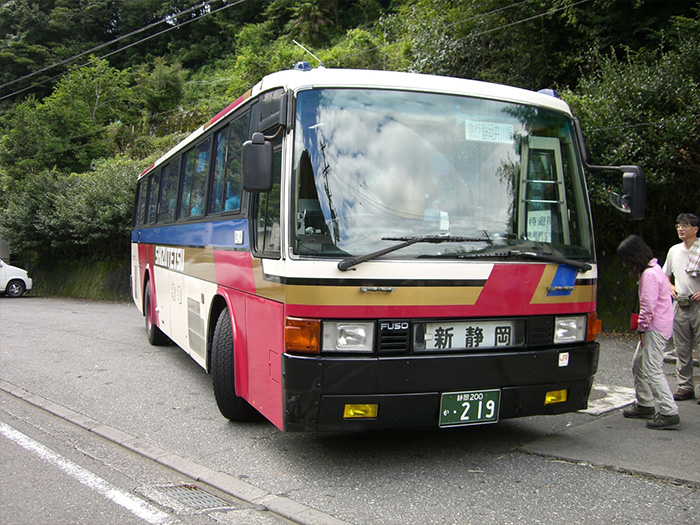 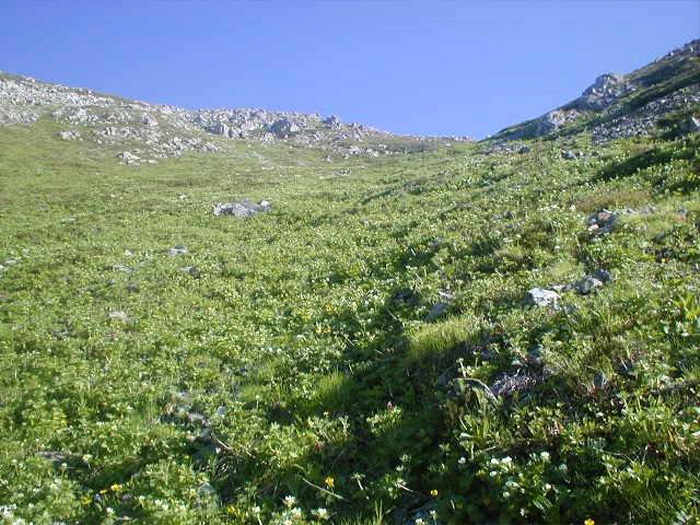 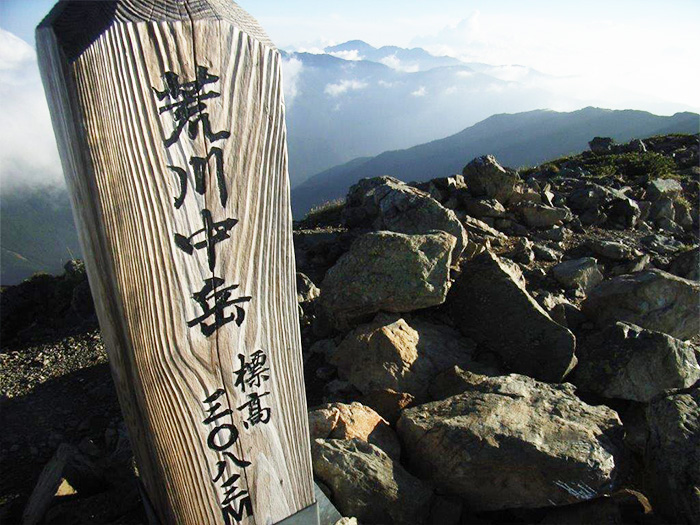 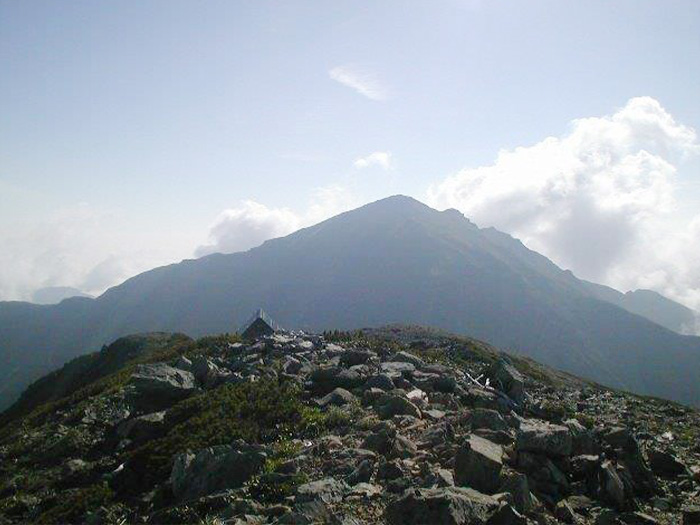 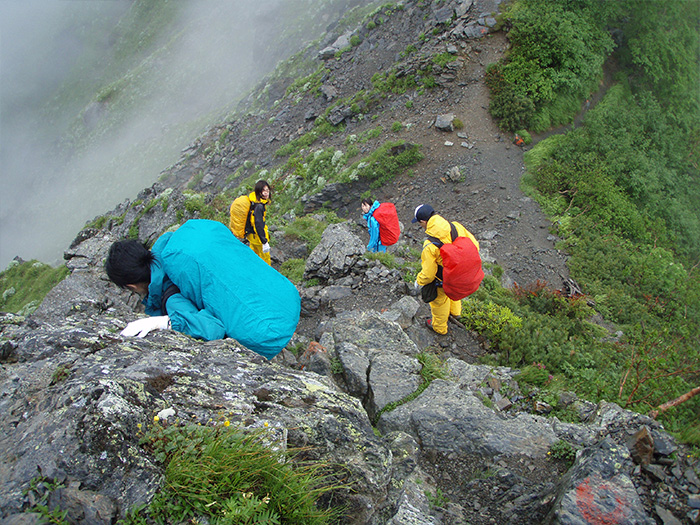 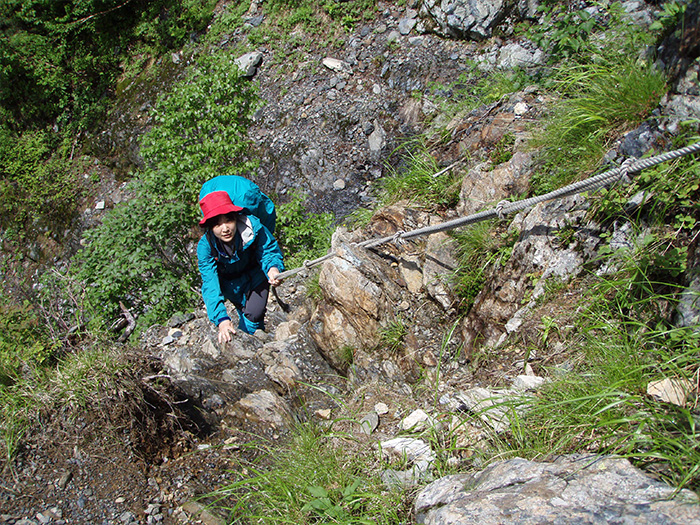