It’s a major mountain among Ushiro-tate-yama mountains. The shape of the mountain is a beautiful two-peak shape and the north peak stands at an elevation of 2,842m with the south peak standing at an elevation of 2,889m.  At Tsuri o’ne, a ridgeline like a hanging bridge runs from the north peak to the south peak.  From how it looks, this mountain is also known as “Mt. Yari-gatake in the Kashima area”.  It is also named as “Mt. Shishi Lion-dake” or “Mt. Tsuru-Crane-dake” from the shapes of lingering snow on the east slope, formed in the shapes of lions or cranes.  It is also called “Mt. Sekurabe comparison of body height-dake” from the two- peaks shape.

On the west side, a long and steep ridgeline to Kurobe river runs between the east valley and Boukoya-sawa.

The east slope includes the north cliff with hazardous rocky zones, Arasawa-okuheki, and O-tsubeta-sawa as an alternative route.

Besides a hiking route on Kashiwara-shindou from Ougi-sawa, there is another approach from Akawai o’ne, however, this route is very steep and requires use of ladders, chains, and woody stairs.  That makes the Kashiwara-shindo approach more accessible.

Many hikers climb Mt. Kashima-yari-gatake and Mt. Goryu-dake together, however,
the Hachimine V-shaped cut ridge between two summits is a rocky ridgeline with hard ups and downs. Therefore, it is too dangerous for beginners. It is recommended to approach via Kashiwa-bara-shindo trail for beginners,although hikers need to maintain a steady pace on steep slopes to avoid over exhaustion. The recommended schedule is one night two days. The first night is spent at Tsumeta-ike sanso Mountain hut. On the next day, hike up to Mt.Kashima-yari-gatake and descend the same route used for ascending.
A ridgeline between the south peak and the north peak is very narrow so hike
carefully. Descend the route used for ascending. Extra caution needs to be employed to avoid entering into the south ridgeline of Mt. Jiiga-take. Kashiwa-bara-shindo trail also includes steep slopes so be careful not to slip when descending. 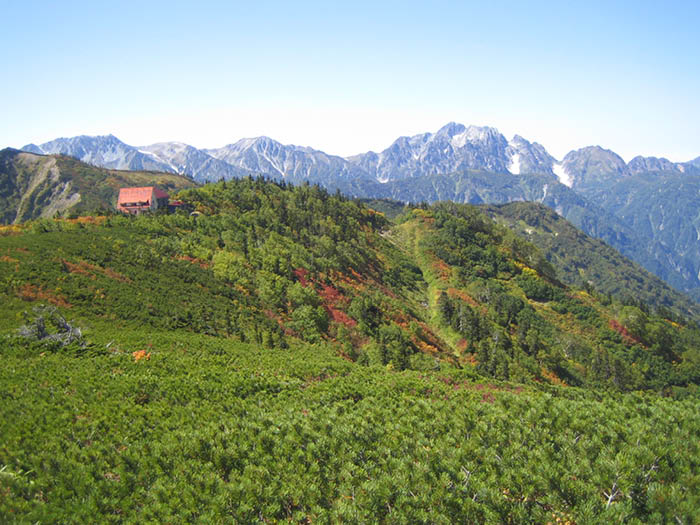 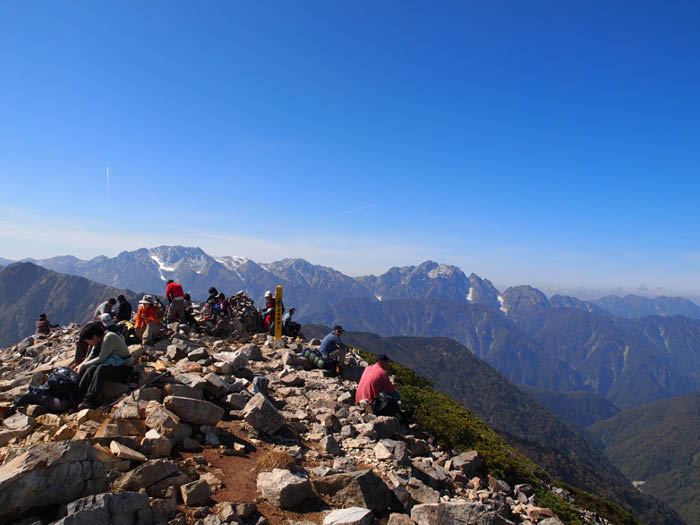 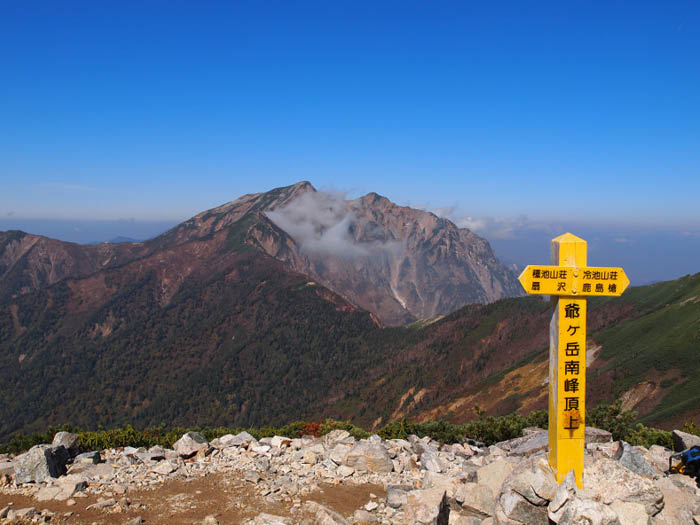 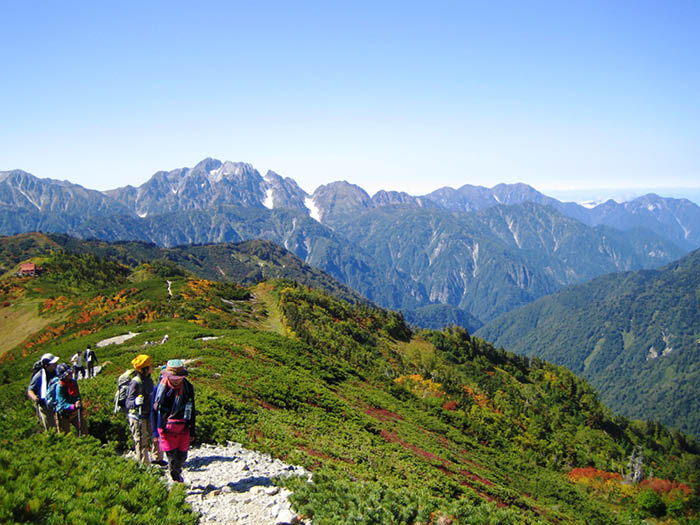 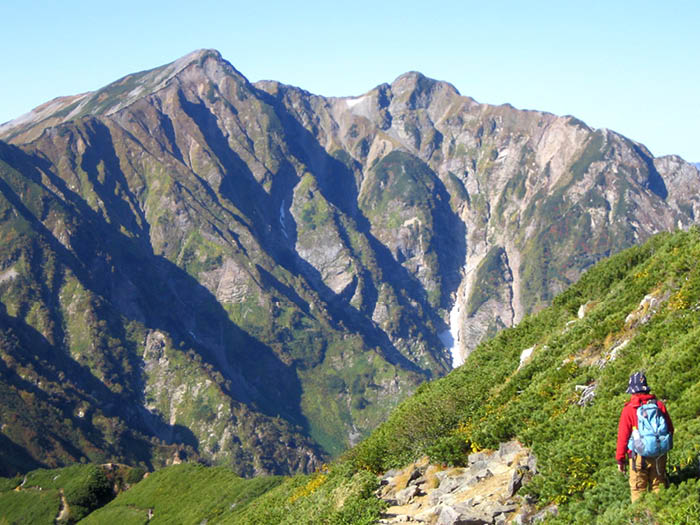 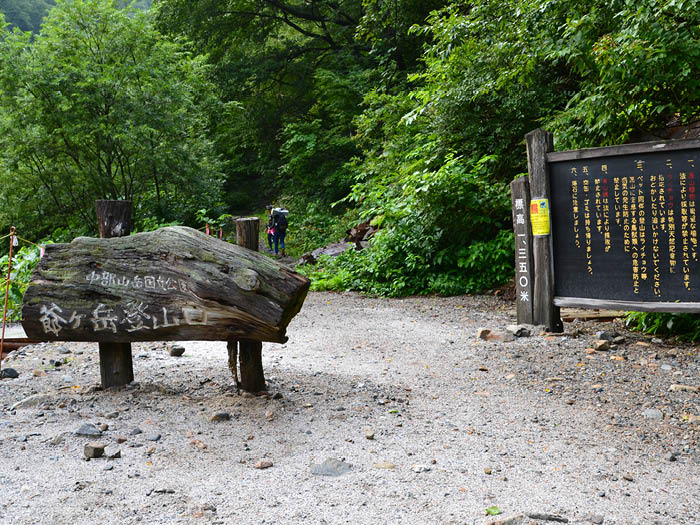 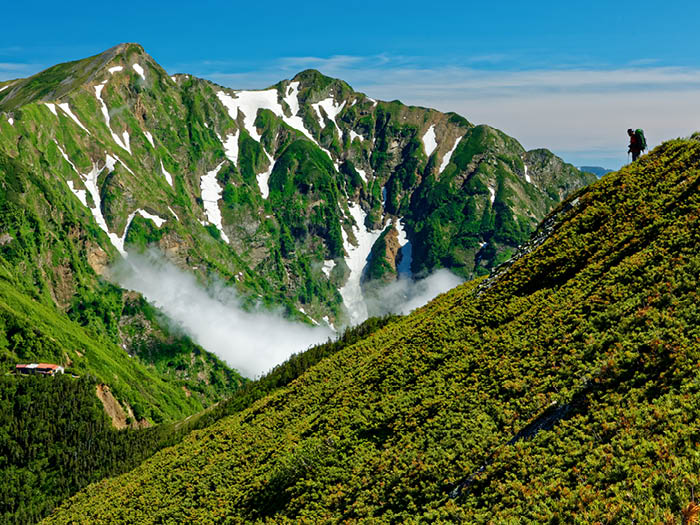 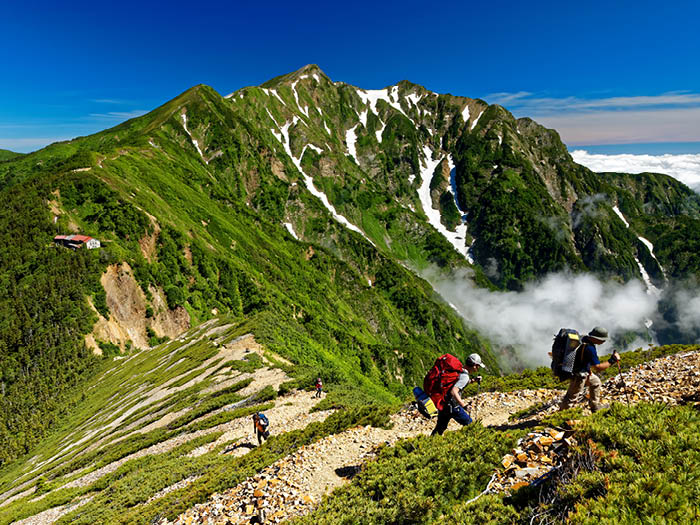 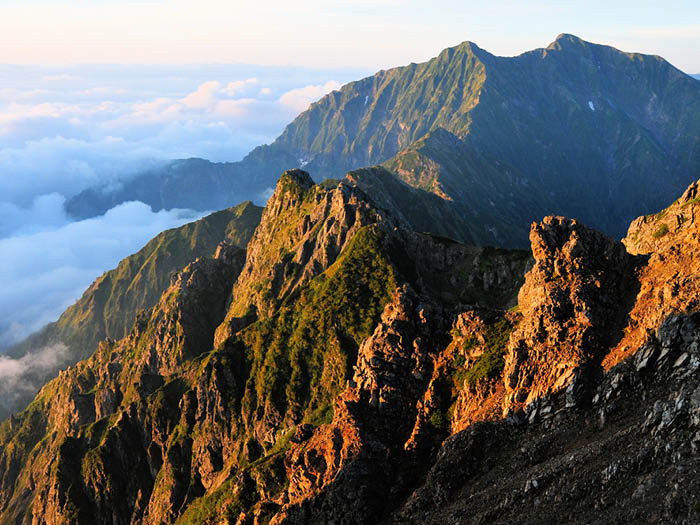 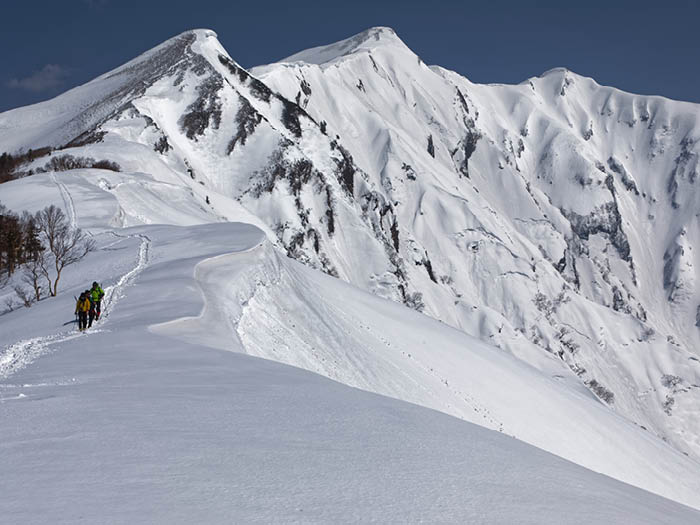 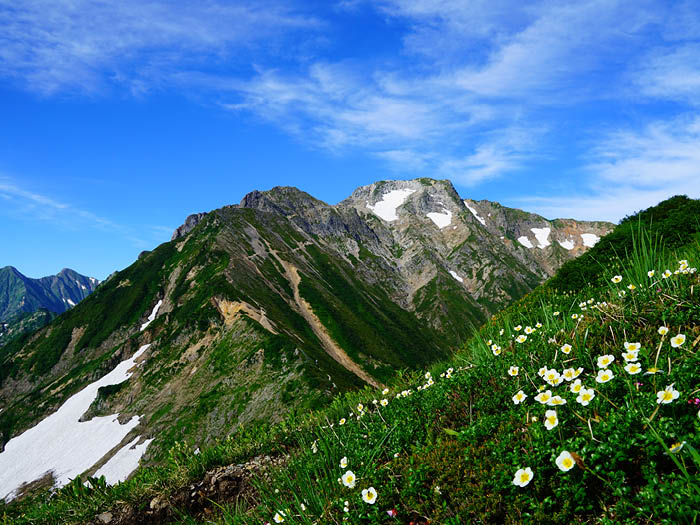 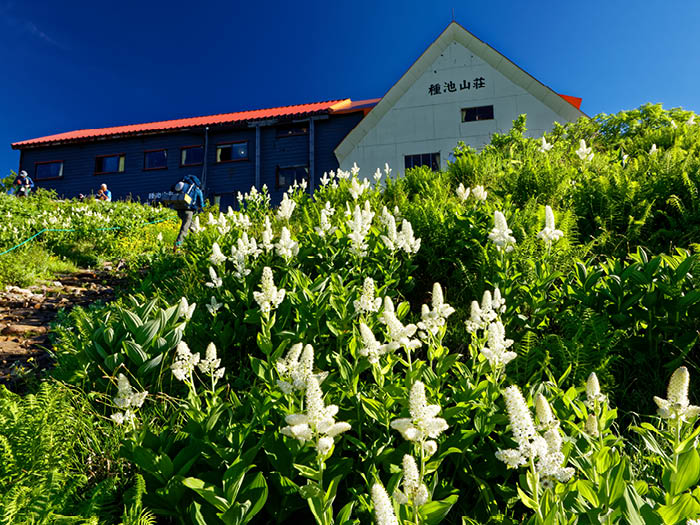