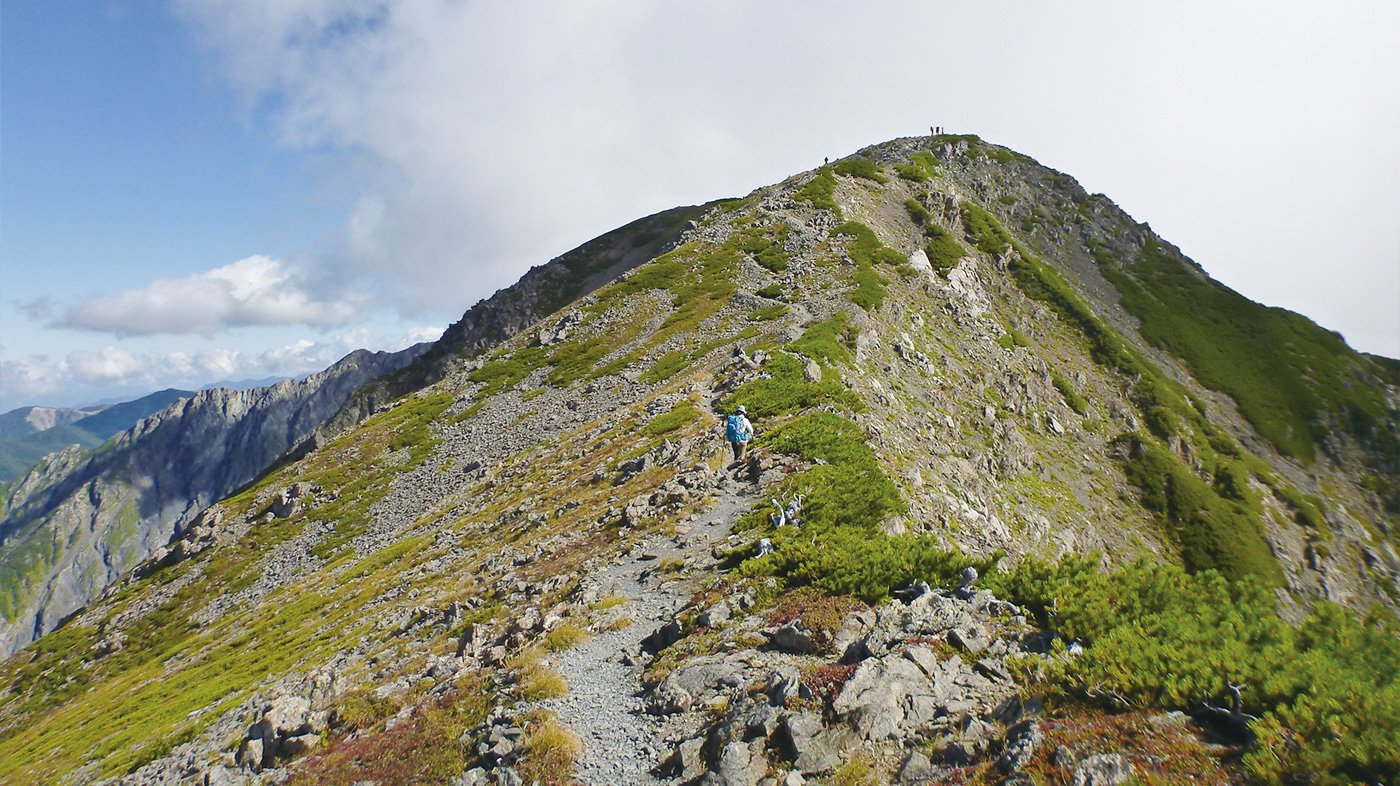 Mt. Akaishi-dake belongs to The Akaishi Mountain Range, which hold mountains of 3,000 m or more altitude and starts from Mt. Mitsumine-dake, separating from Mt. Aino-dake.  It is also referred to as the leader of the Southern Japan Alps.  The elevation is 3,210 m.  The mountain sitting next to it, Mt. Ko-Akaishi-dake is 3,081 m and is also a high peak.  These mountains rank among the fourth highest in the Southern Japan Alps, after Mt. Kita-dake, Mt. Aino-dake, and Mt. Higashi-dake (Mt.Warusawa-dake).  First the triangulation point is set at the summit.  There are some circles that spread out on the eastern slope of the ridgeline.  This is a remaining mark of an old glacier at the most southern point in Japan.  On the southwestern slope, Goro, a geographical feature of a rock glacier, can be seen.  A trail from Mt. Ko-Akaishi-dake to Mt. Akaishi-dake is covered by Pinus Pumila and a flower field spreads out.  You may encounter some ptarmigans as well.  Akaishi-rindo, an endemic species, is categorized in the red list, an endangered species of the IB class (EN), by the ministry of the Environment.  The name of the mountain comes after a reddish radiolarite, which makes up a part of the mountain. 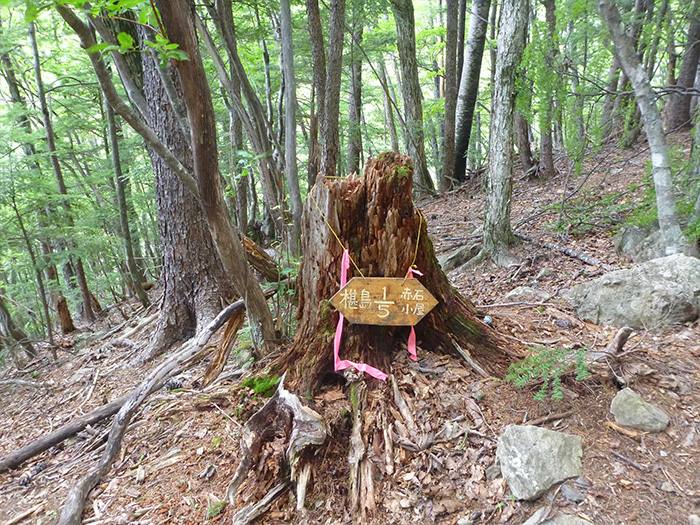 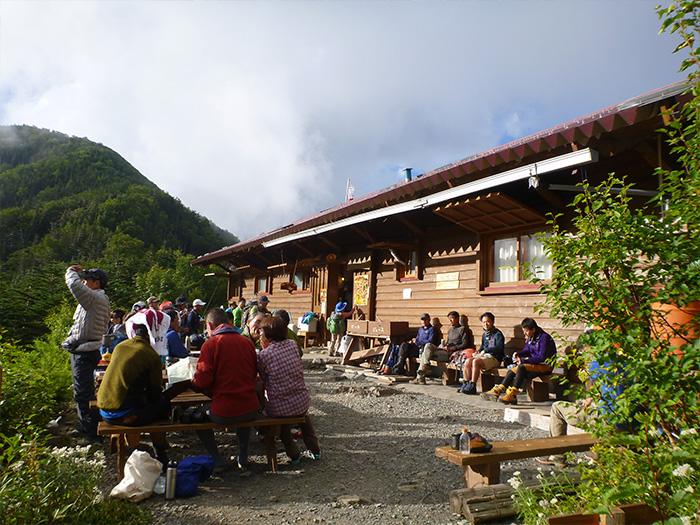 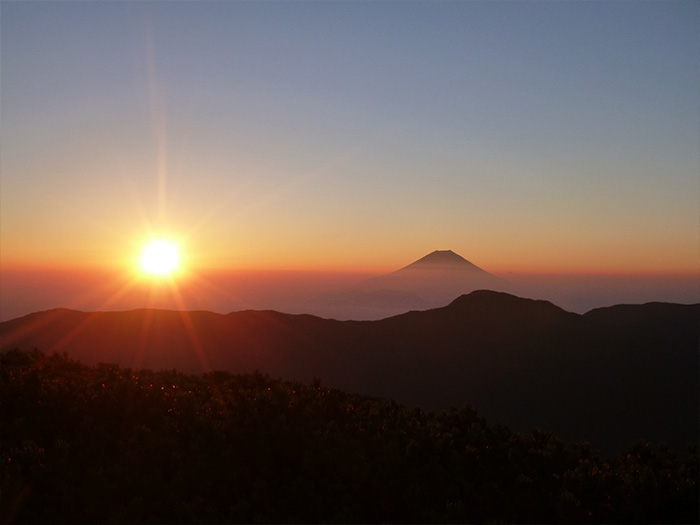 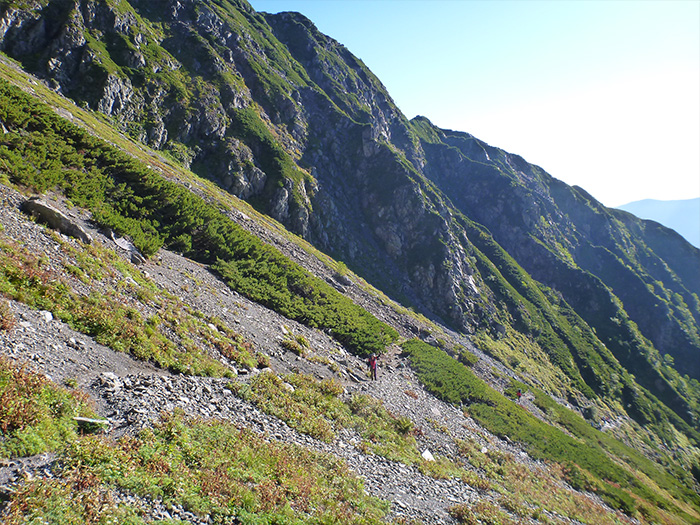 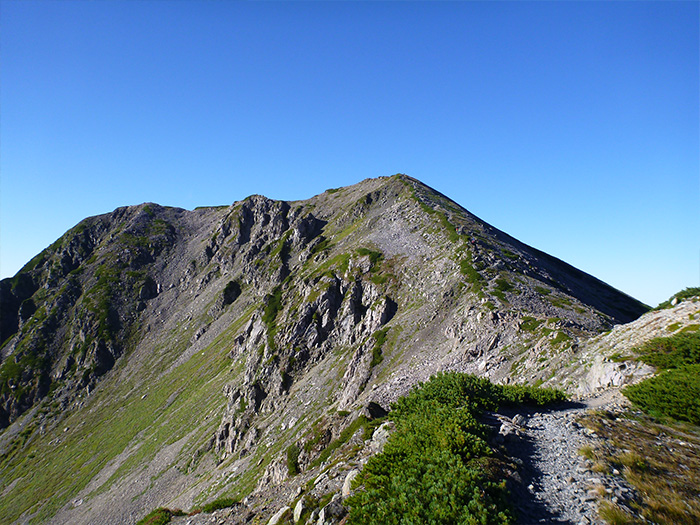 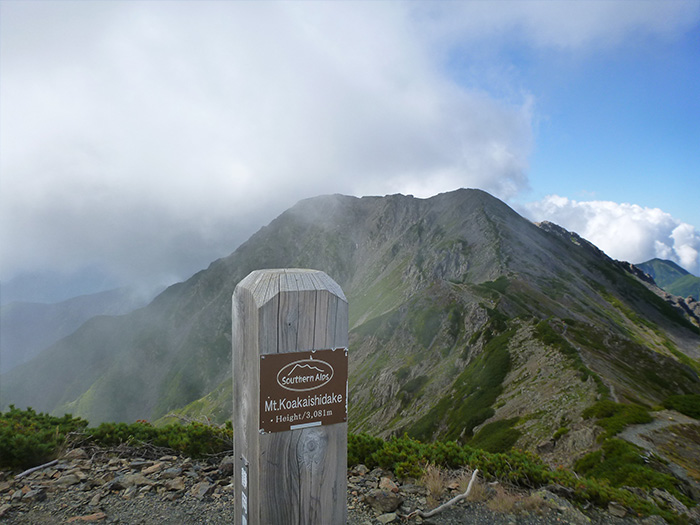 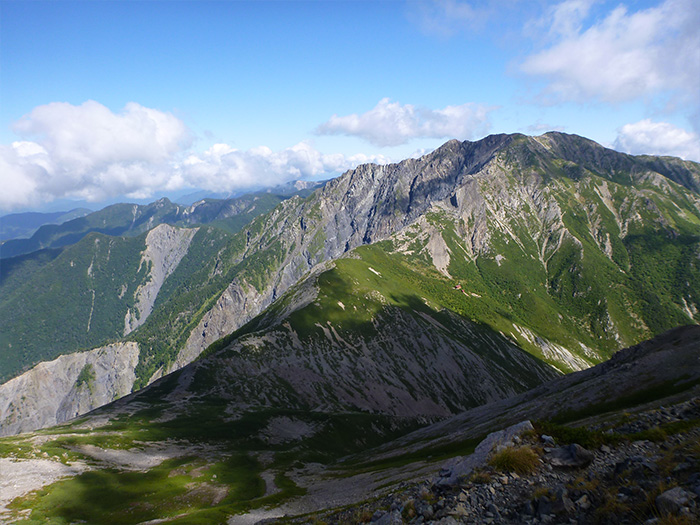 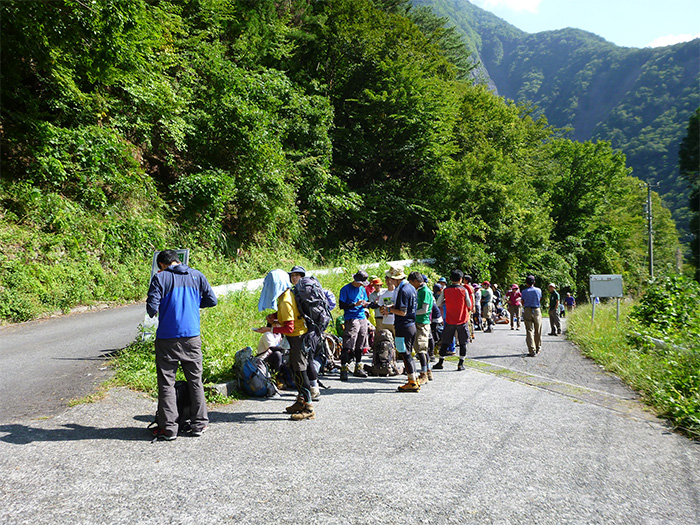 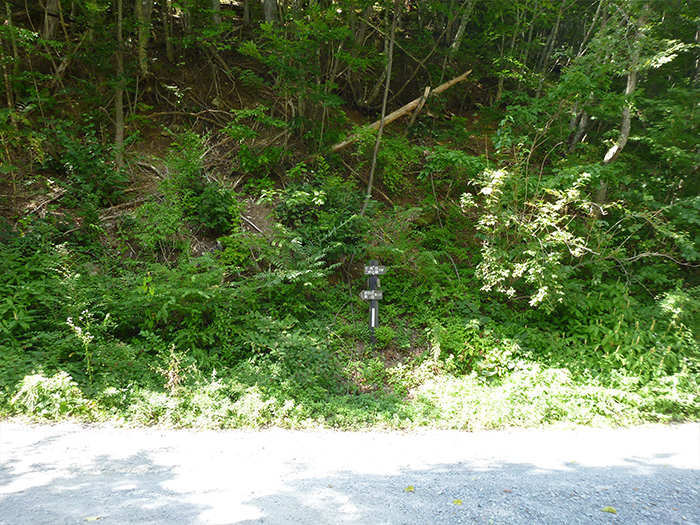