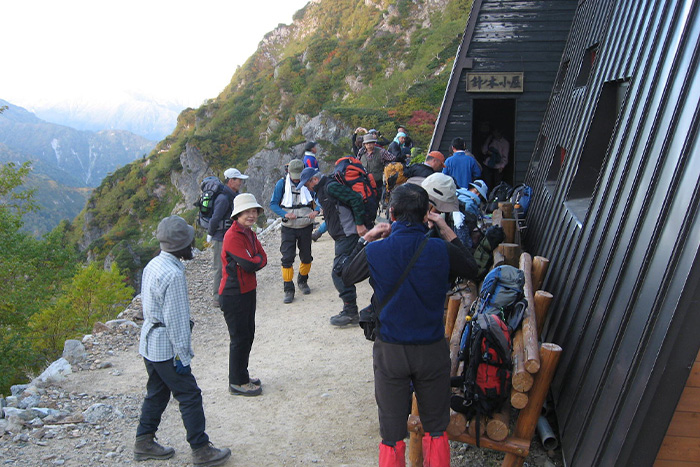 It is a mountain hut built on the Harinoki Pass, a fork of mountain trails from Ogi-sawa to Mt. Harinoki-dake and Mt. Renge-dake.

It is a place where you can rest assuredly after having cleared the Harinoki Snow Valley, one of the three major snow canyons in the Northern Alps. Both Harinoki-dake and Renge-dake about an hour from here.

It is the end point of the longitudinal track from Mt. Shirouma-dake and also the starting point of the Ura Ginza route leading to Mt. Yari-gatake and Hotaka Mountains